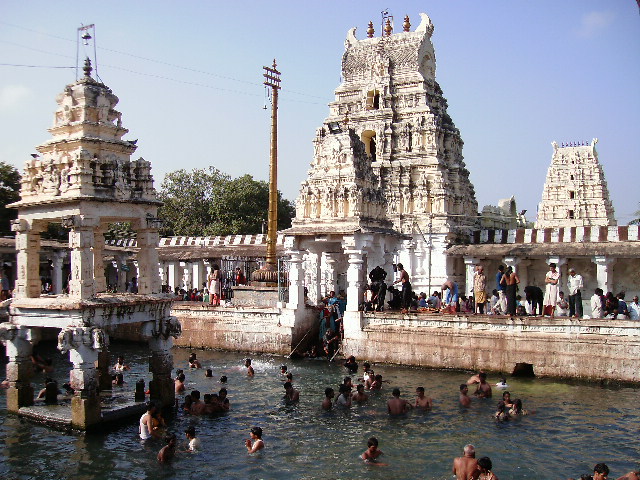 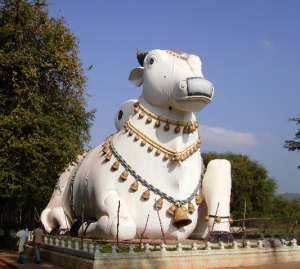 The World’s largest Nandi at the famous Mahanandi Temple

Nandyal, in Andhra Pradesh, is accessible from many places and my trip took me there from Cuddappah. I was on a pilgrimage to visit the Mahanandi Temple and the other smaller shiva temples around Nandyal, collectively called as the Nava Nandi Kshetrams.

Mahanandi is the largest and most famous of the Nava Nandi temples. Surrounding Mahanandi within 15-km diameter range, 8 other temples of Nandi are present namely “Prathama Nandi”, “Naga Nandi”, “Soma Nandi”, “Surya Nandi”, “Shiva Nandi”, “Vishnu Nandi”, “Vinayaka Nandi” and “Garuda Nandi”.
The suggested visiting order for the Nava Nandis based on practical route is as follows – Prathama Nandi, Naga Nandi, Soma Nandi, Surya Nandi, Siva Nandi, Krishna Nandi, Garuda Nandi, Mahanandi and Vinayaka Nandi. The complete tour can be completed in half a day if one starts at 6.00 AM. Engage a diesel auto (for about INR 600) and make the tour. As the roads leading to Krishna Nandi, Siva Nandi and Surya Nandi are cart tracks, rugged at many places, a small car may not be advisable.
Directions for Nava Nandis

This Nandi is situated upon a high soil base very nearer to Nandyal railway station.

Anjaneya temple inside which the Naganandi is installed

Naga Nandi is inside Anjaneya temple, which is located very near the Nandyal bus stand.

Soma Nandi is towards east of Nandyal(almost inside nandyal town), very near the upcoming Jagajanani temple.

Surya Nandi is located on the road to Mahanandi. After about 4 miles from Nandyal look out for a sign called U.Bollavaram village and take the immediate right (identified by a arch erected on two large metal poles) and go for a kilometer to reach this temple.

Approximately 13 km away from Nandyal on the road to Mahanandi look out for Thimmavaram village and take a left after this. The small road is also a bus route and twists and turns to lead you to Shiva Nandi. A beautiful, but neglected temple constructed on the Chalukya Architecture lines. Kadamala Kaluva(canal)is a landmark. the temple is in Kadamala village. 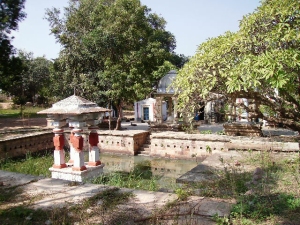 The beautiful and serene Krishnanandi Temple

Located on the road to Mahanandi, 2 miles before Mahanandi, take a left just adjacent to the Telugu ganga scheme canal and follow on the banks for about 4 Kms of rugged mud road to reach this beautifully serene temple. (proceeding further ahead and taking a left, ask for directions, one can reach Shiva nandi temple also).

When you go from Nandyal it is located just before the Mahanandi Temple after you cross the Big Nandi Statue. 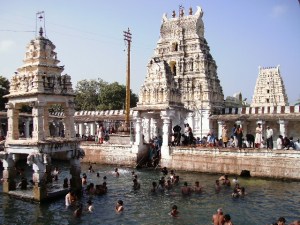 Beautiful temple with natural springs(pushkarini) where one should have a holy dip before entering the temple, but it is suggested to avoid holidays and festival days as the crowd is too much.

Vinayaka Nandi:
Vinayaka Nandi is situated towards northwest of Mahanandi Temple. It is a small temple located to left of the exit Gopuram as you come out.