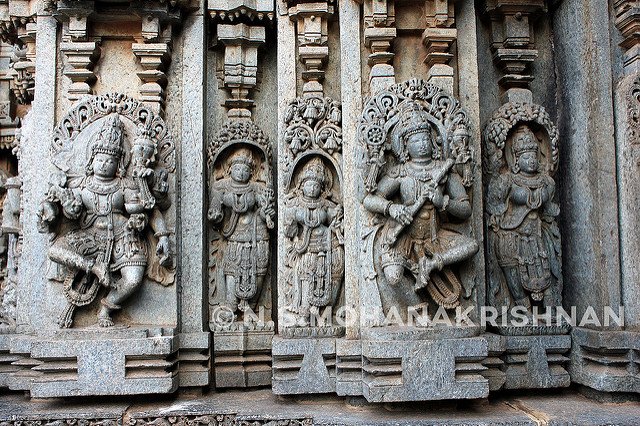 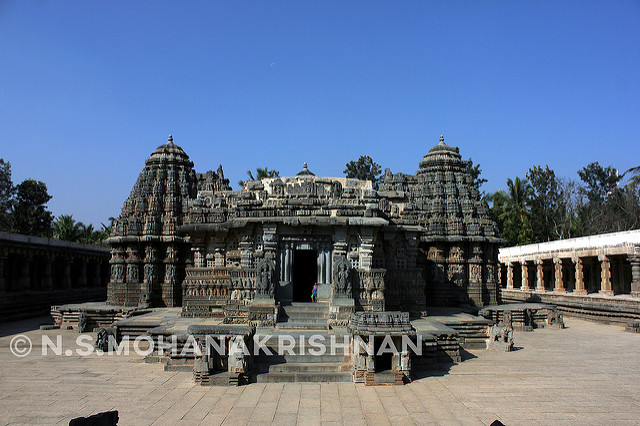 It was late afternoon when I got down from the KSRTC bus in Somnathpura, a sleepy little village, least expecting any surprise. Even as I walked up the beautifully maintained lawns I did not imagine the grandeur that was about to cascade down on me. I entered the ancient stone gateway and my breath stopped for several seconds. Such was the unimaginable beauty of this ancient treasure. For was this not the temple that was envied by the gods themselves when it was built? Did not the gods try to lift the temple up to the heavens? Mythology is deeply rooted in our temples and the temples themselves are deeply connected to mythology – probably an unfortunate fact that makes many of us overlook the artistic and architectural magnificence of our vast country and simply consider temples to be for believers alone. 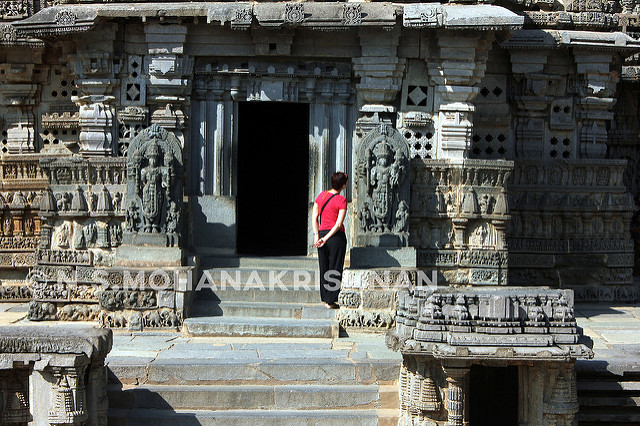 When one starts looking at and admiring these temples and the fine work sculpted by the people of ancient times it clearly dawns on us that even with the engineering technology available today it is impossible to recreate even one of them. How many temples I would have visited and how many Gopurams constructed in recent times have looked down upon me with their ugly images and hurriedly completed finishes. Is it because our expertise in art, craft and its appreciation has degraded? 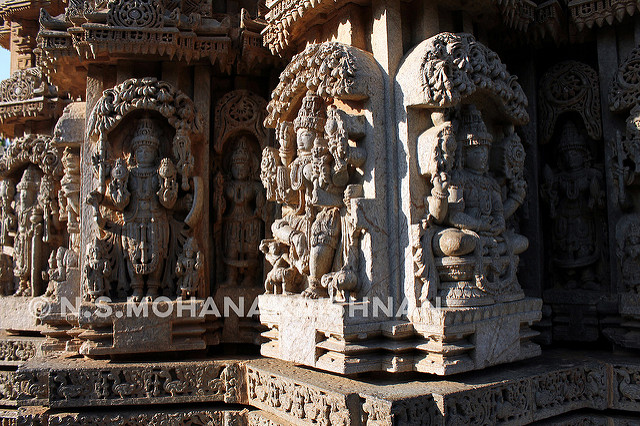 As I drink in the beauty of the Keshava Temple, relaxing and enjoying every drop, a large group of people arrive on a picnic. I sadly look at them walking around, running about, shouting and clicking selfies with their mobiles, without an Iota of temptation to see, understand and appreciate the finely detailed sculptural splendor around them. How do we define this sad state of affairs – degradation of aesthetic, artistic, appreciative skills and above all a lack of basic respect to themselves, their country and these wonderful objects?

This glorious temple was constructed by Somanatha, a high officer under the Hoysala King Narasimha III (1254-1291 AD). This splendid example of Hoysala architecture stands on a raised platform. The temple Prakaram has 64 cells most of which are now empty. Venugopala, Keshava and Janardhana idols are to be found in the inner cells of the sanctum sanctorum which are surmounted by elegantly carved Shikaras.

The basement of the outer wall of the sanctum sanctorum is highly ornamented with friezes of elephants, scrolls, epic and puranic scenes. A large number of gods and goddesses adorn the walls. the lathe turned pillars and delicately carved ceilings (16 different types) are a characteristic feature of this temple. Rather than reading I feel looking at the pictures will be more interesting for you – View the complete album on flickr – https://flic.kr/s/aHsk7yP3PN 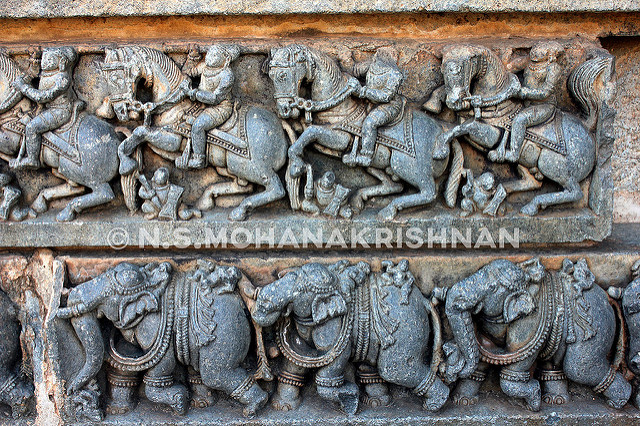 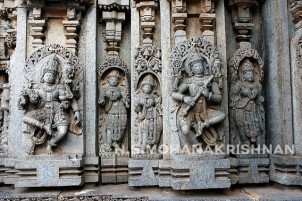 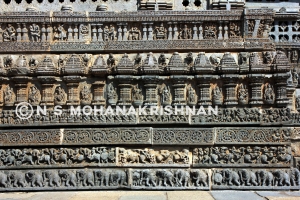